For RijksakademieOpen 2015 Ruta Butkute is upping the ante by adding the human body to her sculptural display.

An actor enters into an intuitive exchange with an  object, an almost ritualistic choreographic movement of action and reaction which  is solely defined by sculptural terms such as weight, mass and gravity. Body and object merge, effectively objectifying the body vis a vis the animated object.
The title of the work, Two Bowlines (under a strain), refers to a maritime knot, a  technique used to bind two ropes together in order to withstand force. Poetry and  tension go hand in hand.

Ruta Butkute liberates objects. She strips them of their functional trappings identifying them as furniture, tools or machines. These ready-mades still carry the marks of their industrial origin but they no longer are merely utilitarian servants in the human world. The objects have become autonomous and animated. Viewers are forced to redefine their relationship with them. 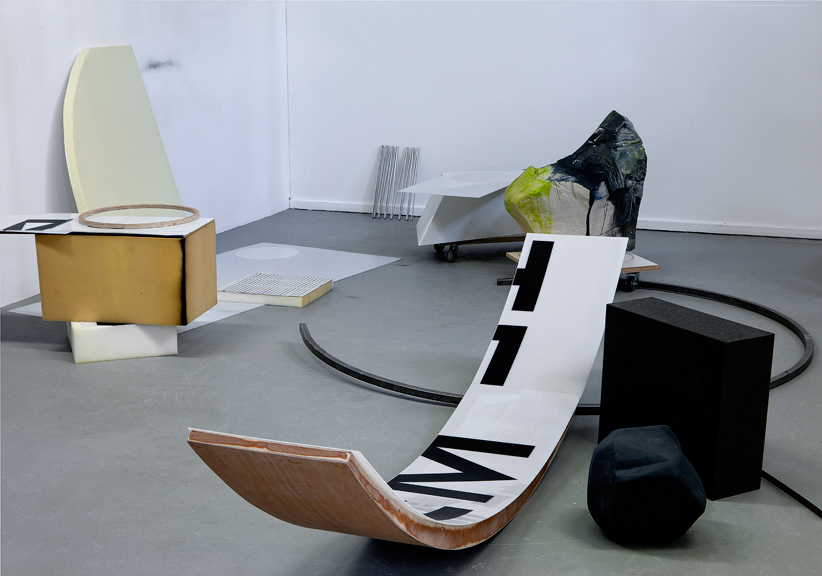 two bowlines (under a strain) rijksakademieopen 2015 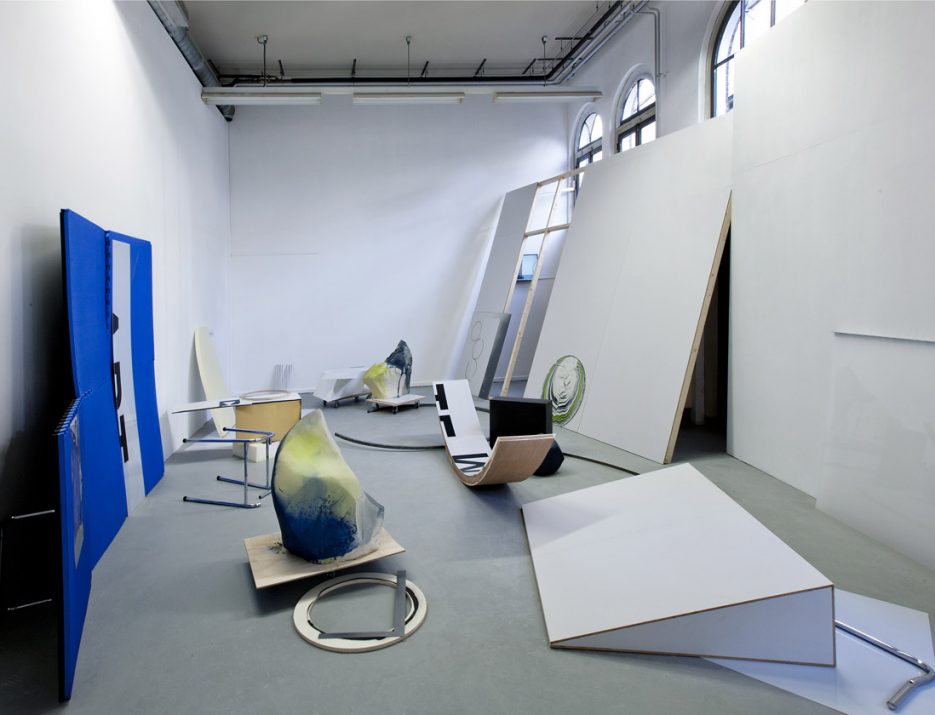 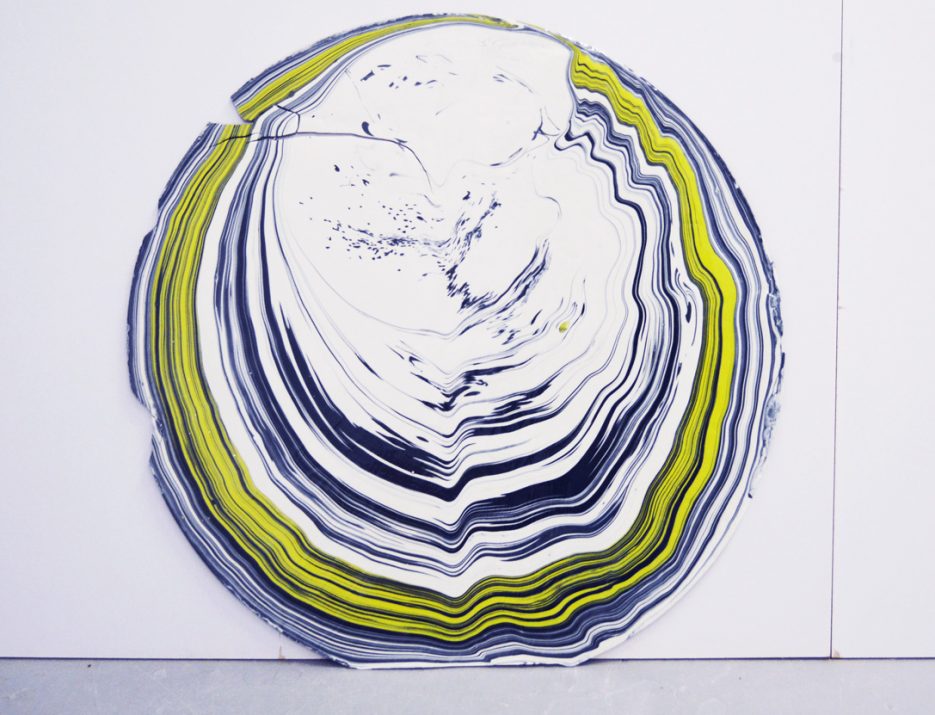 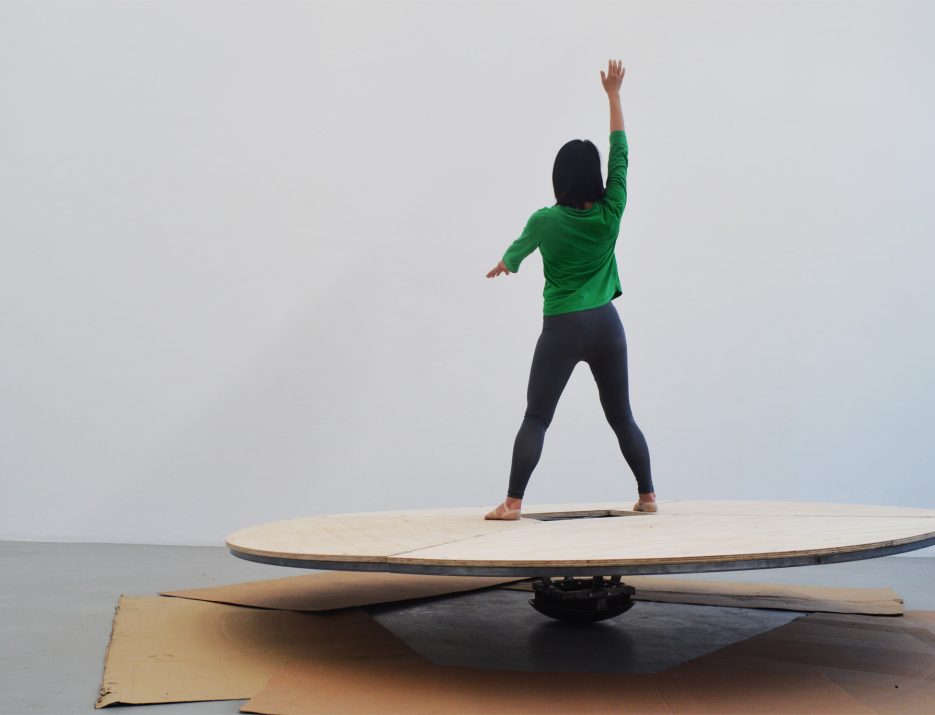 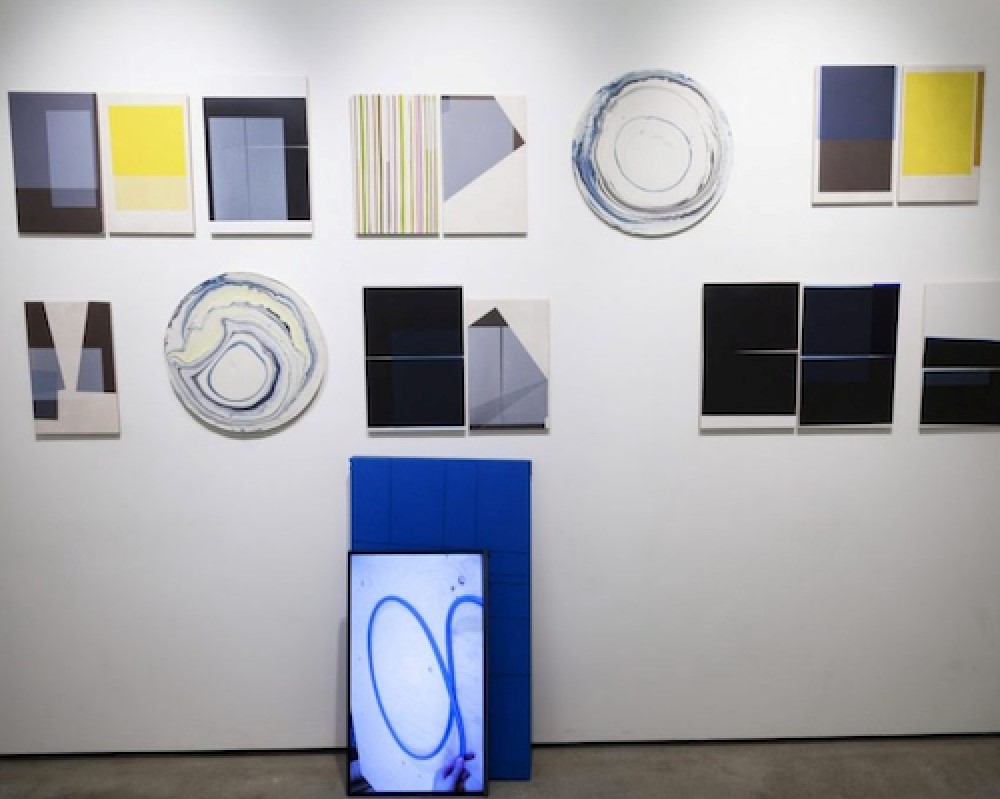 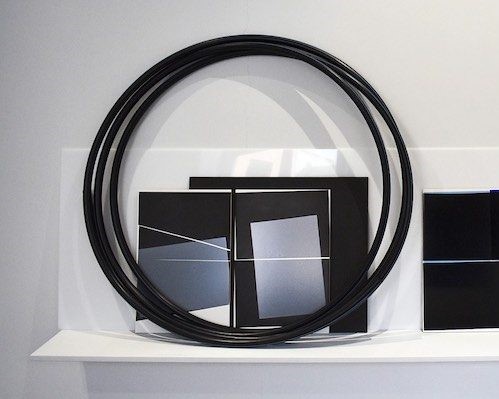 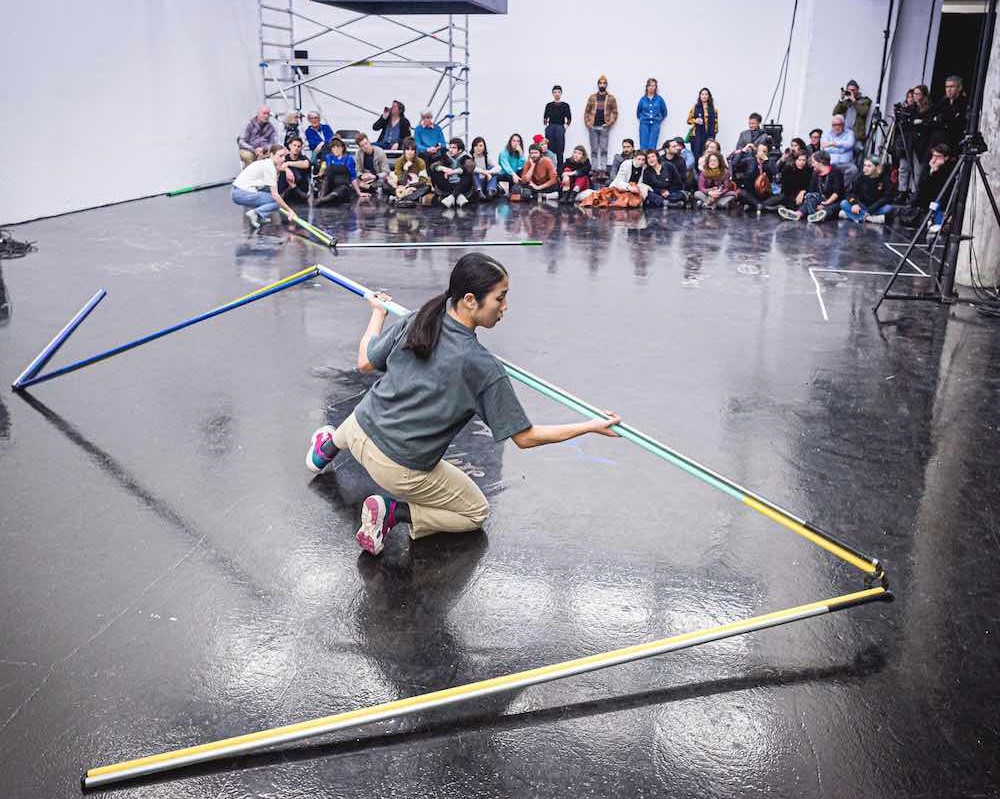